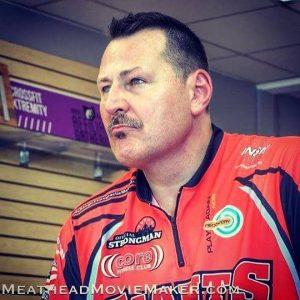 Todd McDougle, D.C., a ’97 Palmer graduate, has made a career out of overcoming big challenges. He started his career by working his way through college. He took a job at a local foundry, and it was there that tragedy struck in 1988, when his arm was caught in a sand reclaimer. “I was stuck in that machine for eight minutes,” explained Dr. McDougle. “It basically filleted my arm.”

“I almost lost my arm. I spent weeks in the hospital fighting infection and willing my fingers to move,” said Dr. McDougle. “I would concentrate so hard that I’d be panting and sweating like a weightlifter.”  Eventually, Dr. McDougle persuaded his doctors not to amputate his arm by moving his thumb just the slightest bit. Encouraged by his progress, his doctors instead performed reconstructive surgery, using muscles from his back to restore function to his arm and hand.

At the time of his injury, Dr. McDougle was a muscled 225 lbs. After six months in and out of hospitals, he was down to 165 lbs. Despite his injury, he was determined to rehabilitate himself, so he got back in the gym. Before long he injured his back, so at a friend’s urging, he visited a chiropractor. That chiropractor helped him so much he decided to pursue a career in chiropractic and sports medicine. His chiropractor advised him to go where chiropractic started, so he enrolled at Palmer’s Davenport campus.

Here again, Dr. McDougle faced some pretty big challenges. “I really started Palmer at a disadvantage. Not only did I have an injured arm, but I also had four kids. It wasn’t easy,” he explained. “And once I hit technique courses, I was sure I had made the biggest mistake of my life. I couldn’t feel anything.”  McDougle went on to explain how Palmer faculty fully supported him. “Dr. Ron Frogley made the biggest impact on me. He told me to just think about what I was trying to accomplish with each technique, and then figure out how I had to adapt my technique in order to accomplish the goal. Basically, he gave me permission to think outside the box, and I’ve been doing that ever since.” 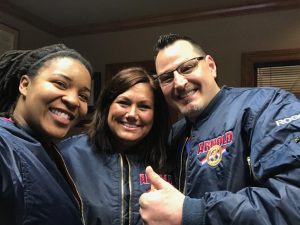 Dr. McDougle continues to overcome big challenges by thinking outside the box. When he began working with the International World Strongest Man competitors in the late 90’s, he developed his own dynamic pelvic chiropractic adjustment technique to help these unique and powerful athletes not only meet but often exceed their performance goals in the competition. Over time he’s seen “the McDougle method” of adjusting help athletes of all kinds improve their performance.

In addition to his thriving chiropractic and sports medicine practice in Indiana, and the expansion and marketing of “the McDougle method” of chiropractic adjustments, Dr. McDougle is also participating in a study evaluating a dynamic assessment technology from Active Technologies known at the Dynamic Gaitforce™ Assessment. The resulting data not only showcases the precision and application of this new technology but also provides further evidence for the effectiveness of Dr. McDougle’s dynamic pelvic chiropractic adjustment technique. It’s a rewarding time for an overcomer like Dr. McDougle.

“I think providing a way for chiropractors to dynamically assess their patients will increase their effectiveness and provide rich data to validate what they do,” said Dr. McDougle. “I’m so excited about this project and its potential impact on the profession.”

“It was the Palmer faculty that made all the difference in the world for me,” commented Dr. McDougle. “I was this crazy guy with half an arm trying to be a chiropractor. But they believed in me and gave me the support I needed to overcome my injury and achieve my goals.”

Articles and/or Case studies they contribute to Scoliosis:

View the doctor in action: